…led me to discover how many knick-knacks (doodads, doohickeys, trinkets, curios, you get the idea) I had accumulated. 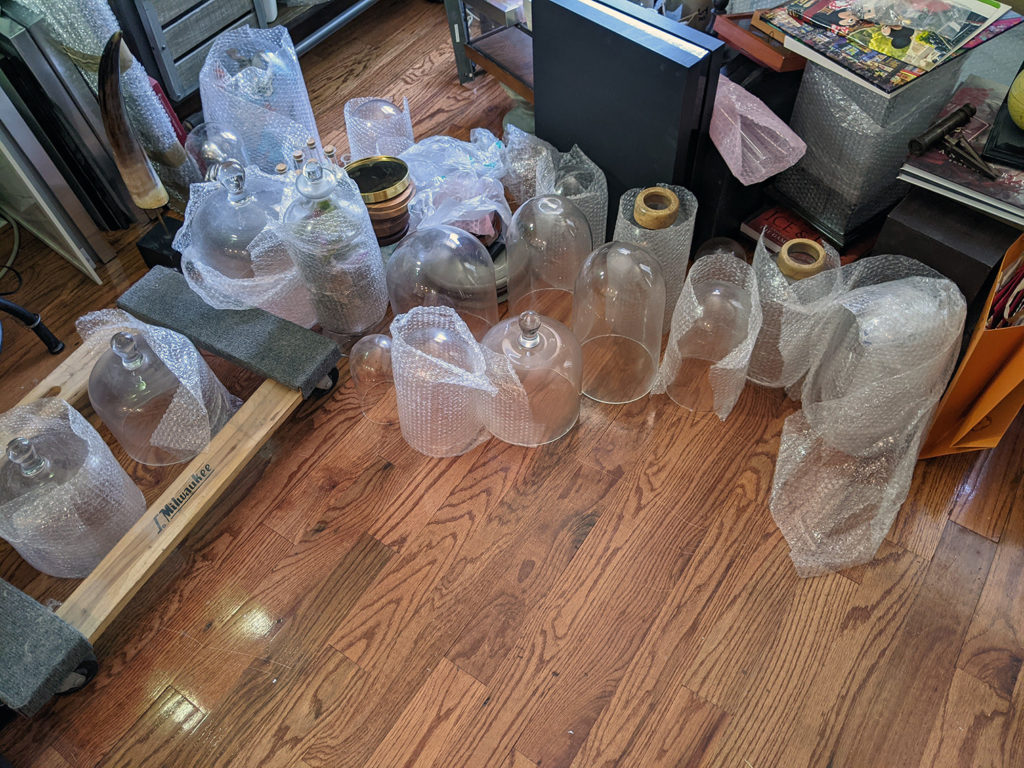 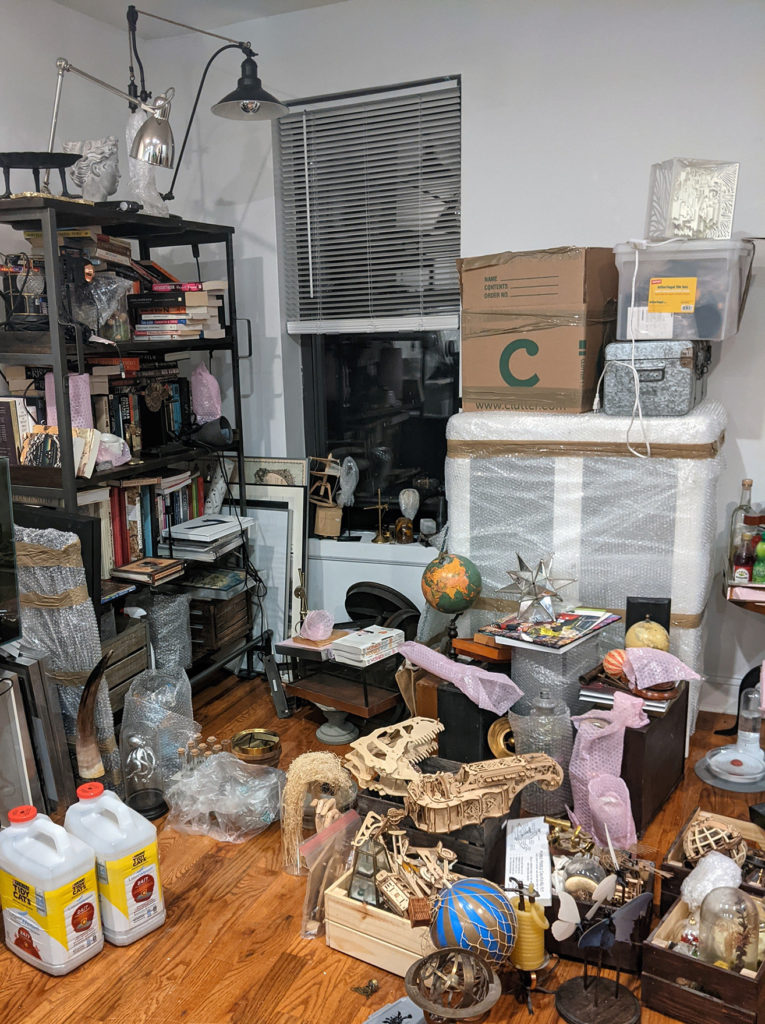 …until you see all this stuff unpacked. And this was after I “organized” it a little too. With bonus cat litter!

It’s kinda crazy how much stuff there is when you un-nest and un-stack and un-arrange everything.

And I don’t disagree that I have more stuff than your average person…but I thought it was maybe like 50% more? However, how much time and money moving cost quickly proved that wrong. Although I think their estimates are super light too–based on how much effort was put into the move, it seemed equiv to their estimates for a three-bedroom apartment. But I think I realistically have as much as a fairly full two-bedroom. (Spoken like a true hoarding denier, I know, I know.)

I still can’t believe it took 1.5 days though! About 14 hours total for 2 people (and for a short period of time, 4 people)! So I definitely don’t want to accumulate too much more stuff at my current place, since it will be relatively temporary and I will have to move again in the next year (if all goes according to plan).

But moving on from the objective details about the process, how does moving feel? It may be hard to believe, but 7 years is actually the longest I’ve ever lived at one address, and I moved “far” (by NYC standards) as well–so it’s a bit of a shock. I do miss the old apartment. And this new apartment, while having some nice historic details I definitely didn’t have before (was a big plus for this place), doesn’t really feel like my home yet. Weirdly, this new place is technically bigger, but I guess I had my furniture and belongings super optimized for my old apartment because I feel like I have less space to put things. (The fact that we’re not installing any wall shelves prob contributes to that a bit as well.) So overall I would say it’s still a little uneasy?

Not to mention the neighborhood is completely different too. That was to be expected…but it’s still one thing to consciously decide to try it out and another to live it day-to-day, with all the new quirks and places to learn and general vibe. Like now it’s not something I can “opt into”–I can’t opt out! I live here now!

…That’s all to say that yep, I’ve moved, haha. Looking at the titles of this post and the one right before it (Interviewing after 4 years ofâ€¦not doing that), it seems like my last 8-9 months have actually been pretty busy. Let’s see how long I can keep up the “[Activity] after [number] [unit of time]” format. (For instance, here’s one: “Going to IKEA after 1 year”–my birthday tradition, completed recently!)