Brief house update: the contractors have started! Actually they started 3 weeks ago, and given the project is meant to be 3-4 months long, that implies they’re ~20% of the way done? It seems like most of the large demo is complete (relative to other renovations though, ours doesn’t have a ton of demo) and they’re starting on electrical and plumbing in earnest now. We’re about to start the wood stripping too. I’m taking lots of pictures along the way but I think I’ll wait til the process is wrapping up to comment in more detail about it; it’ll be easier to get an idea of the major milestones after the fact.

Back to the REAL reason for this post: 2022 keyboard family picture! After being in this “hobby” for 2.5 yrs now (it’s even documented in here–I started back in April or May 2020), I apparently own 12 keyboards. 10 pictured here, 2 are at work so pictured at time of build: 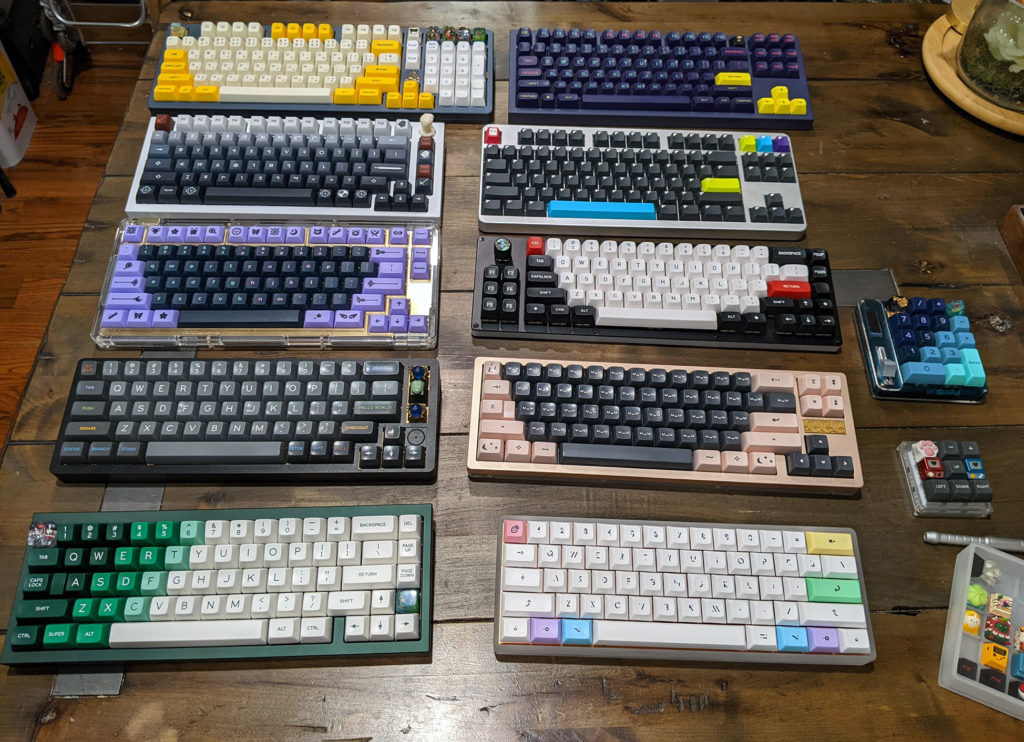 Not included as they are in my work drawer: 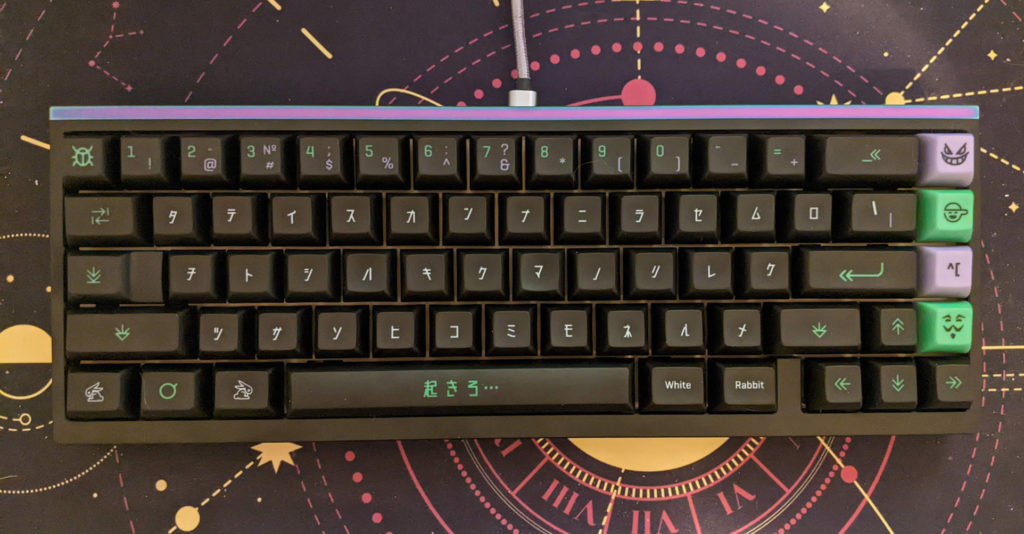 Titanium backpiece and black case. Also have a maroon top case and copper back piece to switch out.

Zoom65 in navy with SA Dreameater and Silent Browns which are pretty mushy and unsatisfying–but they are quiet: 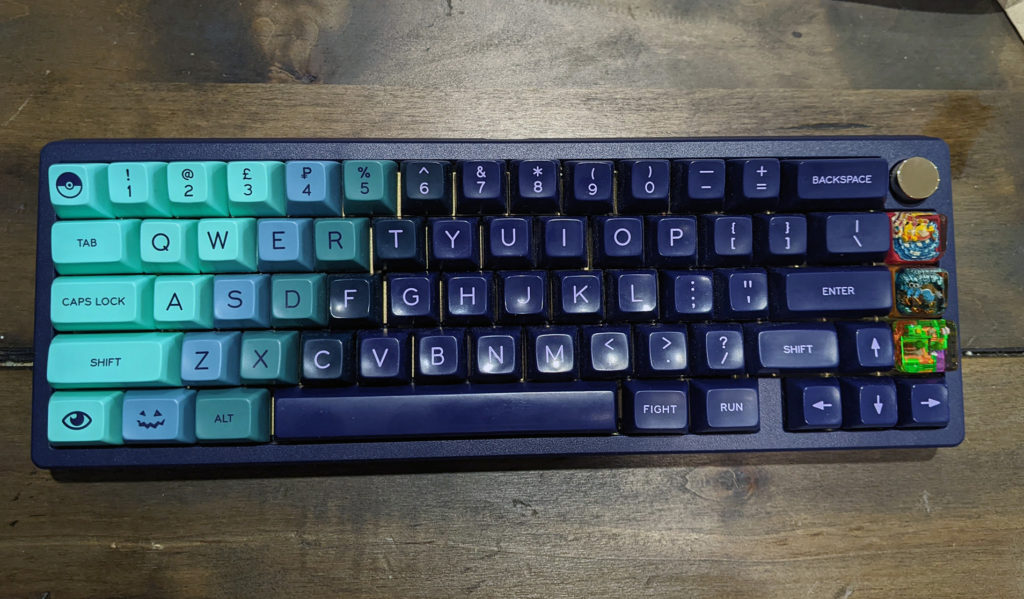 This thing is HEAVY. It’s actually pretty silly of me to bring one of the least portable keyboards to work.

I still have 2 more keyboards (both 65%s) coming in too, prob in the next couple of months. Also a lot of keycaps sets I’ve ordered in the last 2 yrs are FINALLY trickling in now. After that I’ll have 14 total keyboards and an unknown number of keycap sets, which even I can see is a bit extra, haha. Definitely should not be getting any more 65%s, which seem to be almost every group buy these days…

…Let’s see what the keyboard family photo looks like in 2023.

Edited to add: I was just looking back at my first mention of keyboards on here (Quarantine Hobbies Pt 2: Ariel) and at the very bottom I say:

I have 1 more keyboard coming–a standard TenKeyless layout with hotswap sockets–but I want to draw the line there, as I don’t want to be someone with 10+ keyboards I don’t use.